An equity-focused teacher explains how comics help her navigate difficult conversations about social justice and identity with young students.

As a teacher, media librarian, and leader of my school’s Equity and Culturally Relevant Education (CRE) Team, I’m always on the lookout for student activities that bring my varied roles together. Recently, I began asking students to create comics to explore issues of identity, equity, and social justice.

I didn’t intend to bring comics into my classroom. I began using a comic creation tool, Pixton, as a means for my students to storyboard prior to coding for a ScratchJr activity. Once students got to work on their storyboards, however, they were so engaged that I decided to forgo the ScratchJr plan and have them flesh the story out more. Since then, I’ve come to see comic creation as a powerful classroom tool that helps students connect with their own identity and helps me understand their perspectives more deeply.

Here’s how it works.

One of the first projects I asked students to complete as a comic was about being an upstander instead of a bystander when they see someone being bullied. These were students in grades 3-5, so we started with a Sesame Street vignette about what racism looks like in an otherwise friendly school environment.

They were surprisingly open to the discussion about anti-Asian hate, and were eager to design their upstander comics. One student even went further than standing up for a bullying victim. Rather than showing hate or anger toward the bully, she addressed the behavior with inclusion by inviting the bully to join her group of friends. I projected her comic on the board for the other students and we discussed how we can only combat hate with love. As we dove deeper into the discussion, I asked, “Why does love win minds and hearts?”

A 5th-grader said, “We go through a lot, and sometimes we just want to be understood.” That was an incredible moment.

From there, we began talking about how technology can empower upstanders and even become a powerful tool for justice. One example was the role smartphones played in documenting the murder of George Floyd and Derek Chauvin’s eventual conviction.

One of the great things about using comics for this kind of learning is that it gives me a clearer window into my students’ perspectives. I could see which of their classmates each student felt most comfortable with by looking at who they chose to include in their stories and how. The use of facial expressions and body posture—which were chosen with great care in most cases—told me how my students felt about events in the comic in a way that they probably wouldn’t have been able to effectively express in a purely text-based assignment.

Self-expression through images also lowers communication barriers for students. We have a large population of English language learners and roughly one in four of our students have special needs, so written language isn’t always the easiest way for a student to express themselves, but including body language and facial expressions within their storyboards helps bridge that gap.

Comics as a medium provide an opportunity to elevate student voices because they are so visual, which makes them so well suited to CRE or social-emotional learning. One of the things I teach students is to stand in their own truth and to be proud of their identities. They play a character in their own comics, so the first step they take is to create their avatars, which they absolutely love. That means that they are first telling me how they see themselves—or how they’d like to see themselves—without getting self-conscious about it.

Creating avatars also gives us a chance to talk about skin tones—both how we should appreciate all of them and how they impact people’s lives. It’s not just about overt racism, like a teacher being bullied for her race or George Floyd being murdered in the street by police. Sometimes our skin tone might mean that the automatic soap dispenser in the bathroom doesn’t work right or we can’t use backgrounds in video conferences because the apps aren’t designed to detect black faces.

Our skin tones play a huge role in our identities in material ways, so it’s really important that children feel proud of their skin tone in order to be proud of their whole selves. Giving them the ability to represent themselves and what they think is important about their identity is very powerful.

Even with comics, these kinds of conversations can be intimidating, so it’s important to make sure students feel safe first, and to promote a healthy conversation.

My school is small and I have known most of my students since kindergarten. I’m a cluster teacher and visit each class every week. I also do recess duty, so I get to see the students when they are relaxed and playing together. I get to share occasional hugs with them and, during the pandemic, I hand-delivered devices and provided tech support services at most of their homes. I’m fortunate that I get to build strong, trusting relationships with my students, which enables me to have these kinds of honest conversations with them.

I also have the full support of my school administration in leading these conversions, and when I begin, I always start with a mental check-in. When we talked about George Floyd, for example, I began by asking them what they knew about it. Most of them understood what happened to Floyd pretty well before we talked at all. I also read their facial expressions and body language throughout these kinds of lessons.

Before a teacher can dive into difficult topics of race, equity, and oppression with their students, they need to excavate their own mindsets and privilege. If teachers have deficit perspectives—tendencies to see people who are different as inferior in some way—they must recognize them, name them, and work toward disrupting and dissolving them. That may come from education, therapy, or exercises that lead toward anti-racism, anti-bias, and anti-oppression.

For educators looking to dig into these ideas with their students, I’d recommend Dr. Gholdy Muhammad’s book, Cultivating Genius. An overview of her ideas and a podcast interview with Dr. Muhammad is also available at Cult of Pedagogy. Gloria Ladson-Billings and her book, The DreamKeepers: Successful Teachers of African American Children, are also great places to begin reading deeply.

These kinds of conversations can be scary with adults, and with students there is so much more on the line. But by centering students as individuals and giving them the tools to lift up their own voices and identities, maybe we can create a world with fewer bystanders and more upstanders. 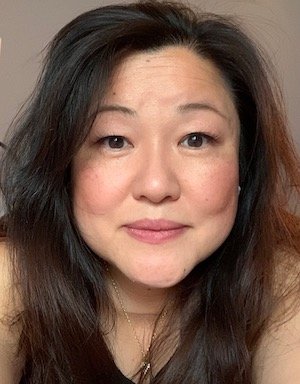 Patricia Wong is a teacher, media librarian, and lead of the Equity and Culturally Relevant Education Team at P.S. 21 Staten Island. She is currently pursuing her PhD in culturally relevant education. She can be reached at pwong@ps21statenisland.org.