By Melanie S. Meyer, originally published in the June, 2021 issue of Equity & Access

San Luis, Arizona is only a mile from the Mexican border wall. Between 85 and 97 percent of the students in San Luis who attend one of the eight schools in the Gadsden Elementary School District No. 32 (GESD) qualify for free or reduced-price meal programs.

Despite the economic challenges, this community is also home to some very talented young mathematicians. Homero Chávez, the Early College Program Director, explained how he started merging the goals of equity and excellence over 20 years ago. He said, “Back then, we wanted to make sure we had a program that prepared our kids for STEM-related degrees, but we didn’t have anything for that.”

Chávez and his colleague, Jesus Arrizon, a former metallurgical engineer and advanced math teacher, chose to focus on developing students’ math skills for entry into science, technology, engineering, and math fields, and on preparing students for the American College Test (ACT) to increase their access to high-level education opportunities. The GESD Early College program began with free math tutoring on the weekends but over time has evolved into a coordinated system for developing mathematical talent.

Beginning in the fifth grade, these students all take the ACT, a test typically given to college-bound high school students. This above-level testing allows students to qualify for academic summer residential programs through the Johns Hopkins University Center for Talented Youth (CTY).

Year after year, GESD consistently has a large number of students qualify and earn scholarships to participate in CTY summer STEM programs on college campuses across the country. The GESD system for math talent development provides elementary and middle school students with access to advanced learning opportunities in their community and beyond.

Chávez emphasized, “We never shut the door. The door to this program is open for anyone who wants to try.”

The Early College Program is increasing levels of advanced performance in mathematics for students in GESD through early identification, universal screening, local norms, ability grouping, and frontloading, several key facets of the research-based model for reducing excellence gaps (Plucker et al., 2017). Equally important, though, is the fact that Chávez and his team actively encourage participation in these advanced learning opportunities by partnering with families and by removing traditional barriers to talent development, such as transportation and program costs (Plucker & Peters, 2016). By bringing these advanced math learning opportunities to GESD students locally, Chávez says, “we’re not just telling them they can do it, but we’re also showing them they can do it.”

Mr. Chávez lights up when he talks about his former students, many of whom have graduated with STEM degrees from highly competitive universities across the United States. He stays in contact with his students and features their academic and professional accomplishments on the program website. Chávez believes that the investment in excellence and equity has benefited the community as a whole and notes that, “a lot of kids who went through the system are coming back to work in and around our community.”

Chávez and Arrizon are both former GESD students, and Raul Rojas, another GESD alumnus who graduated from the Massachusetts Institute of Technology with degrees in mathematics and linguistics, has returned to Southwest Junior High School as a math teacher in the Early College Program.

Chávez summarized the program goals by saying, “We want to make a difference. We want to give our kids these opportunities to excel in math and science and break the cycle of poverty. We want our students to rid themselves of any preconceived, stereotypical, and societal notions that reinforce the belief that they cannot become scientists, doctors, or engineers because of race, gender, or socioeconomic inequalities. We want our students to understand that there are no limitations on their power to dream big.”

Chávez and his team of advanced math teachers have discovered a way to do just that and the GESD Early College Program is reducing excellence gaps in mathematics and preparing students for postsecondary college and career success. 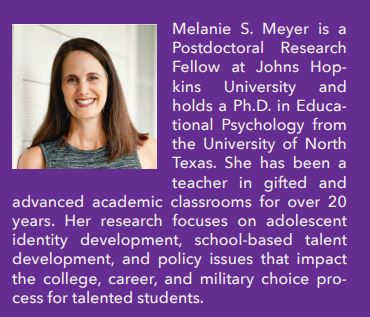