By Hasan Davis, J.D., originally published in the January 2020 issue of AC&E

Throughout American history, there have been defining moments, patriots and heroes. Average citizens have sacrificed and served. Yet the stories students learn today are incomplete, a disservice to the true legacy of America. Since 1997, I have worked to bring history alive for students across the nation.

As a young boy I spent hours and hours trying to imagine myself as the hero, the explorer and the adventurer of America’s greatest stories. I found it very difficult because I was never introduced to examples of African Americans as courageous contributors to the great story of America.

In elementary school I received my first social studies book and my teacher explained with great enthusiasm that this book contained the stories of people who made America great. I tore through the book searching chapter after chapter for a story that would finally affirm my place, my presence, in America’s great story. I was disappointed chapter after chapter as I finally reached a heading titled “American slavery.” Below the heading was an image of an African American man sitting slumped forward, seemingly broken, with layer upon layer of scars across his back.  The caption simply read: The American Negro, Slave.

In that moment, the message to this nine-year-old mind was clear:  I was not the hero, these were not my adventures, and my courage did not make America great.  I was just the raw resource — blood, sweat and tears extracted like coal to fuel the greatness of America. It might not surprise you that by middle school I stopped standing to say the Pledge of Allegiance every morning. I began to fight and to disrupt class.

Fortunately, my self-destructive spiral was interrupted by my mother and father who went out of their way to ensure that I was exposed to powerful true stories that debunked the popular myths of homogenous heroes of America. Stories that affirmed that African Americans were a constant heroic presence throughout America’s history. The gift of those counter-narratives allowed me to find myself in America’s story and I forged a commitment to share those stories.

Theater and performance are important components in my life and work.  After graduating law school I began researching little-known African Americans who had profoundly impacted American history. While working in education and juvenile justice, I began translating these powerful and empowering stories into living history presentations.

If you have never had the opportunity to imagine yourself as an important part of your nation’s past, how can you ever imagine that you could be valuable to its future?

My goal is to ensure that African American students have the ability to recognize themselves as full participants in our American story. I also want to ensure that white students have the opportunity to experience stories that affirms African Americans’ persistent and powerful presence at every pivotal moment in America’s great history. While I began this work to ensure that African American young men would see themselves in history, I have come to realize that all young people need to hear these stories. If I could not find myself buried in the story of our nation, what must all of the white children in the class think of me? Did they see me as never contributing but always receiving?

I have developed a series of programs appropriate for middle and high school students. Research tells us that the transition from middle school to high school is difficult for most young people. I know from my own personal experience and from my years as Commissioner of Juvenile Justice in Kentucky that, for African American males, this transition is often the beginning of their slide out of school and into the prison pipeline.

I designed my programs to be educational and entertaining

They follow the format of Chautauqua, which President Teddy Roosevelt called “the most American thing in America.” The presentations begin with first-person portrayals blended with Q&A and lectures. For example, my Chautauqua on York of the Lewis and Clark expedition includes a first person historical interpretation where I present a 45 minute monologue as York, sharing the triumphs and tragedies of the mission. At the conclusion of the first-person historical interpretation, while still in character, I enter into a Q & A session with the students allowing them to engage with history more personally. Finally, I step out of character and do a second Q & A which allows me to provide additional details on the character and historical context connecting the struggle of the character to the struggles faced by African Americans today. I supplement the living history presentation with lectures to support the learning. 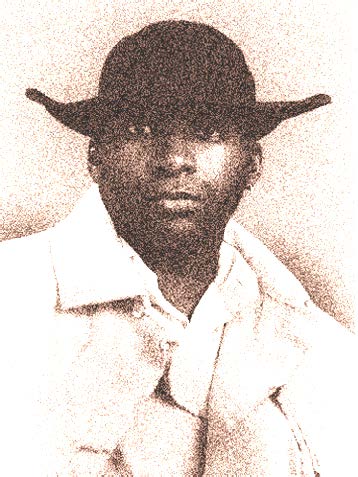 I bring to students these stories of America at different points in our great history – to ensure that all voices are heard.

I know that I cannot reach all young people via these programs. So, in 2018, I took the time to write and publish York’s story. I intentionally wrote York’s story as narrative non-fiction for grades 3rd to 6th to reach a younger audience. It is imperative that these stories be foundational to a students’ learning.

I also provide professional development to teachers across the country. It is critical that all teachers work to ensure the success of all students. I encourage teachers to:

Teachers can provide the opportunity for each child to see his or herself as an important part of our nation’s history.

Calling himself a “dealer in hope for all students,” Hasan Davis has committed himself to improving the lives of children and youth across the nation and around the world. A G.E.D. recipient, Hasan earned a bachelor’s degree from Berea College and a law degree from the University of Kentucky College of Law. Hasan’s work has focused on youth violence prevention, juvenile justice reform, and education inclusion. He lives in Berea, Kentucky with his wife and their two sons.