My cell phone rang at [3:49] PM Uvalde Central Time. Tuesday, May 24, 2022. It was a close colleague of mine, also a Past-President of the National Association of School Psychologists, who lives in Atlanta. Her voice was both frenetic and frank.

“Are you watching the News?”

“It’s happened again. . . elementary school students killed in their classrooms in Texas. Why G-d? What are people thinking? Why is this allowed to keep happening?”

“Oh no!. . . you know that every time I walk into my schools, I remind myself that it can happen here.”

Yes, it has happened again. Nineteen elementary school children—all about the age of my granddaughter—and two teachers. . . mothers, dedicated professionals, heroes. Fifteen others were sent immediately to the local hospital. Four are still hospitalized as of Thursday, May 26.

All of those murdered have been identified. They are not coming home.

How do you respond? What do you say?

How do we finally decrease the chances that this will occur again—knowing that there are only progressive, and not ultimate or permanent, solutions?

It is easy to “factualize” the murder of school children with weapons of war.

According to Education Week, there have been 77 previous incidents of gunfire on school grounds this year, resulting in 14 deaths and 45 injuries.

And then, there are the killings of children and adolescents on our streets and in their homes. On April 22nd of this year, The New England Journal of Medicine reported that:

That is the first time guns have been the leading cause of death for this age group, according to the study, which was published in The New England Journal of Medicine as a letter to the editor.

But It’s Not Just the Guns: Mental Health Needs to be on the Table

Now just a few days after the Uvalde shootings, an initial biography of the 18-year-old killer has emerged.

Teased or bullied early in his school career for speech problems, his clothing, or his family’s socio-economic status, the killer also had some tell-tale mental health issues: few friends, anger and aggression—including with his mother, threats and inappropriate social media messages to girls, academic failure and school absences, allegations of him hurting cats, self-injurious behavior.

A survey, published by the Springtide Research Institute just one day before the Uvalde mass murder, reported that almost a third of the students who thought about visiting a school counselor, therapist, or psychologist ended up not doing so because “they didn’t think their issues ‘were big enough to bother someone with’ or felt like they would be judged.”

Covered in K-12 Dive, this survey involved a nationally representative sample of 4,038 teens and young adults. Among the other findings:

In addition, the K-12 Dive article reported that:

Thus, many of our students are not getting the attention, support, and psychological care that they need.

Some may do both.

There’s no skirting around the issue.

What began as a historical right to defend our country and its sovereignty has become a political issue that allows assault weapons to be purchased by 18-year-olds.

The 2nd Amendment of the U.S. Constitution (adopted on December 17, 1791 as part of the Bill of Rights states:

A well regulated Militia, being necessary to the security of a free State, the right of the people to keep and bear Arms, shall not be infringed.

The vast majority of Americans in this country—on both “sides of the aisle” favor different facets of gun control. And yet, what has been acknowledged by many of our Representatives, remains unresolved by some of our Senators.

Unfortunately, I have had to write more than half a dozen blogs responding to school shootings that have occurred, and how they might have been prevented.

The September, 2018 blog followed the killing of 17 people at Parkland High School (FL) the Valentine’s Day before. Anticipating the largely useless Federal Commission on School Safety Report, I emphasized (a) the successful gun legislation already enacted by many states; (b) how schools could address the social, emotional, behavioral, and mental health needs of students; and (c) the steps that schools can take to develop a targeted Violence Prevention Plan that includes important threat assessment procedures.

“Preventing School Shootings and Violence. States (Wisely) Not Waiting for the Federal Commission on School Safety Report: The Guidance You Need is Here and Available”

Much of the functional information in this blog is still relevant.

And yet, perhaps today, we need more emotion—as we try to deal with another school massacre—than information.

Many know that I often emphasize the importance of teaching students emotional awareness, control, communication, and coping skills. And this week’s Uvalde horror has triggered a wide range of emotions across the country.

For some, there is anger that another 21 individuals will soon be buried, and that countless families and an entire community has been devastated.

For others, there are renewed waves of trauma—for example, in Parkland, Newtown, Littleton, Jonesboro, and elsewhere—echoing reminders of past events and losses.

Critically, for change to occur, we must sometimes express our strong emotions. . .our outrage, our hopelessness, our resolve.

Indeed, in order to cope, we sometimes must communicate these emotions. . . while maintaining both the control and awareness that emotion can drive decision-making.

Many of us have tried to address the importance of gun control (not gun prohibition) and the need to destigmatize mental health services using logic, facts, and debate.

Maybe it is time to emotionally react as Steve Kerr did, so that the emotional grief of Adalynn Ruiz can be eliminated in the future.

Steve Kerr, the coach of the NBA’s Golden State Warriors, lost his Dad to gun violence. And, Adalynn Ruiz is the daughter of Eva Mireles—one of the teachers killed at Robb Elementary School in Uvalde both just two days ago.

Please listen to their words.

To the half that makes me whole,

Mom, I have no words to describe how I feel right now, tomorrow, and for the rest of my life. I never thought that I would be here writing this type of post for you.

Mom, you are a hero.

I want to hug you one last time and I want to feel the calluses on your hands because you were not only a teacher during the day, but the most hardworking cross fitter in the afternoon. I want to be able to get out of work and expect your call at [4:30] every day because that’s the first thing you would do as soon as you got out. I want to see you sitting on the couch you claimed was only yours sitting with our dogs.

I want to send you Tik Toks and say them over and over until dad gets tired of us. I want to annoy you and wake you up from naps just so you can check on my chicken and make sure I didn’t under cook it. I want to sing karaoke with you and hear you sing “ shine bright like diamond!” In your loudest voice, I want to fight with you for the stupidest things and then laugh with you after . I want everything back.

You are so known by many now and I’m so happy that people know your name and that beautiful face of yours and they know what a hero looks like.

I don’t know how to do this life without you, but I will take care of dad. I will take care of our dogs and I will forever say your name so you are always remembered, Eva Mireles, 4th grade teacher at Robb Elementary who selflessly jumped in front of her students to save their lives.

My heart will forever be broken. My best friend, my twin was taken from me. Thank you for loving me in the best ways and for raising me to become so strong. Everyone who knows you knows how outgoing and funny you were and I will miss your laugh forever. I want to thank you mom, for being such an inspiration to me. I will forever be so proud to be your daughter. My sweet mommy, I will see you again.

Thank you so much to everyone who has reached out during this difficult time, my family will always be so grateful for all of the love and support. Thank you for remembering my mom and sharing what a Hero she is. My condolences go out to all of the families who were affected by this tragedy. God bless you all and please hold y’alls’ mommas tight for me.

There are no more words.

Let’s take the prevailing politics out of our original history.

If we care about life, let’s protect the lives of our children. Let’s keep them alive. Gun control and mental health services will not eliminate the problem, but they certainly can’t make things any worse. 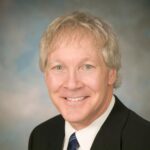 Howie Knoff, PhD, NCSP, is an international consultant, speaker, and author specializing in school improvement and strategic planning, social-emotional learning and social skills training, multi-tiered systems of support, and interventions with behaviorally challenging students. He is a practitioner who has also been a university professor (22 years), and State Department of Education federal grant director (13 years). The author of 24 books and 100+ articles/book chapters, he was the 21st President of the National Association of School Psychologists. His Project ACHIEVE website is www.projectachieve.info, and he can be reached at howieknoff1@projectachieve.info.